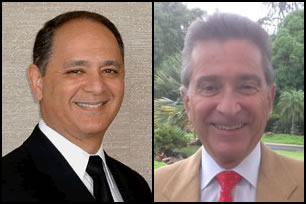 Both Mr. Estrada and Mr. Martinez are very well connected with numerous businesses in many different sectors and are therefore ideally placed to introduce the Company’s pharmacy cost-containment program to the right people.

CompCare aims to make pharmacy management the cornerstone of the Company as it is convinced it can substantially reduce costs in this segment. In Comprehensive Care’s second quarter of 2012, pharmacy management revenues already increased by 18.1% compared with last year, but the Company’s goals are way bigger.

That’s why it has developed a Pharmacy Management Program in alliance with PBMs, which allows health plan clients access to the lowest possible prices for both branded and generic drugs. The Program effectively reigns-in the rising costs of drugs for health plans and is offered on a capitated full-risk basis, whereby CompCare guarantees its health plan partner substantial savings. To date, CompCare has signed three new contracts for the Pharmacy Management Program with several others in the pipeline.

In 1984, Jairo A. Estrada was named President and Chief Operating officer of Garden Way Inc, a gardening and yard care company, and subsequently became Chairman and CEO. He was instrumental in growing that company’s revenue from $7 million to $400 million.

Mr. Estrada said: “In a sector where costs continue to rise, I was intrigued by CompCare’s recent pharmaceutical initiative, a service with the potential to significantly reduce costs for corporations, as well as the success Clark Marcus and his team have already accomplished.”

Colonel Martinez entered the private sector as Vice President at Genetics & IVF Institute in Fairfax, VA. Later, he was Assistant Director of Strategic Planning at the South Florida Workforce Board, adjunct professor of philosophy at Miami-Dade Community College, and a consultant working on Homeland Security issues. He currently serves as senior consultant for XTek Solutions, a national and international consulting firm that uses advanced techniques to empower customers to sustain healthy growth.

When Mr. Martinez was appointed he commented: “Effective behavioral healthcare and pharmacy services are considered two crucial issues that currently impact the overall well-being of consumers and the healthcare economy as a whole. I became interested in CompCare because of its unique operating model designed to address these issues and mutually benefit health plans, self-insured companies and individuals.”

It’s great that Comprehensive Care is able to attract these two very well respected businessmen. The fact that these people don’t start a project without analyzing it thoroughly first, proves that CompCare’s Pharmacy Management Program is truly valuable.

Moreover, it means that Mr. Estrada and Mr. Martinez are convinced they can make a difference introducing the service to their connections. We look forward to the first results of these efforts.