Chemistree Technology Inc. (US: CHMJF – $0.14, CA: CHM – $0.18 & GER: CM1 – €0.14) is an investment company primarily focused on several prospective opportunities in the cannabis sector across the United States. We have previously written about the advantages of investing in a company with a diverse portfolio of assets, but for this article we will focus specifically on the positive update for the Company’s Washington State operator, which was announced earlier this week. This alone more than justifies Chemistree’s current extremely low valuation. 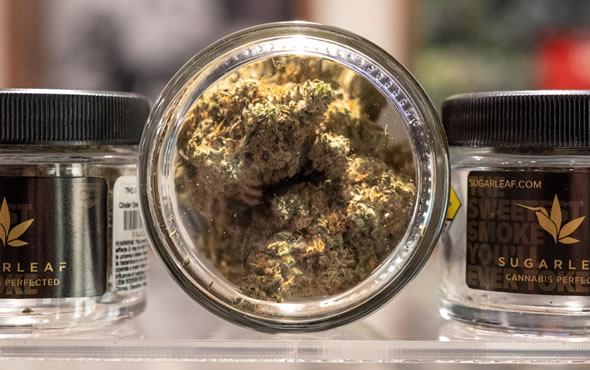 Sugarleaf has requested that additional cultivation space be made available as demand is ever increasing.

Like most of the cannabis sector, Chemistree has had a challenging several months. The stock price has dropped from $0.54 in mid-April to $0.13 today on the OTC. Chemistree has a $4.3 million US valuation now which we think is outstandingly cheap given the near-term upside potential of its Washington State operations on top of the long-term upside of the rest of its portfolio.

Chemistree is trading at a revenue multiple of just 2.3x of 2019 revenues and 1.3x of the $3.2 million mid-point estimate for 2020. Such cheap valuations are absolutely unheard of in the cannabis sector with many companies trading well in excess of 10x revenue multiples. And this is just for one line of business. Chemistree’s revenue will continue to grow exponentially as other lines of business in its portfolio start generating revenue.

The relentless summer bear market in the cannabis sector has continued into the fall. Major cannabis players like Aurora and Tilray are basically at 52-week lows while Canopy, Cronos and Aphria are much closer to yearly lows than highs. It’s even worse on the junior side where some former high fliers are off as much as 90% from their highs. So Chemistree is certainly not an outlier when looking at its heavy price drop over the summer and comparing it to its peers. We believe that unsustainable valuations for Canadian operators based on hype and operating challenges led by Health Canada’s recent suspension of CannTrust’s license are significantly weighting down the industry.

It is in these challenging times for the cannabis sector where a company like Chemistree actually presents an extremely good buying opportunity. We already mentioned the extremely low revenue multiple. Its assets are primarily located in the United States which means it is not impacted by the changing perception of the Canadian cannabis industry. There is still a ton of room for growth for a company with operations across multiple states. California and Washington are cannabis industry strongholds while the Company is adeptly positioned in New Jersey should the state vote in favour of legalization for recreational use next year.

CHM is listed on the Canadian Securities Exchange, which has been ground zero for the junior cannabis market bloodbath. But unlike many other junior cannabis companies, trading for Chemistree is not dominated by its trading in Canada. Its OTC listing has comparable volume to its CSE listing. That makes Chemistree less susceptible to the downturn in the CSE compared to other cannabis stocks.

Moreover, we believe that the combination of a diverse asset base and experienced management – that has so far executed well in these early stages – with a dirt cheap $4.3 million US valuation makes Chemistree among the most attractive small cap stocks in the cannabis sector.