Acme United (ACU – $25.41), the worldwide supplier of cutting devices, measuring instruments and first-aid products for school, home, office, industrial and hardware use, achieved record sales and earnings in fiscal year 2016. More sales growth is expected in 2017 and beyond.

The Westcott school and office products brand saw strong growth in its scissors and pencil sharpener business. Thanks to over 100 new product introduction, such as ceramic box openers and a DIY tool line (Also see below), the brand again gained market share.

Camillus expanded its distribution at mass market and specialty shops. While the Cuda fishing product line was expanded with 30 new tools for both fresh and saltwater fishing.

The First Aid business grew with double digits and added many new industrial customers. The SmartCompliance cabinets and their refills have become very popular because they are cheaper and more convenient for businesses. The razor/razor blade model ensures a continuous sale of refills once the cabinets are installed. Late last year, Acme introduced a phone app, which makes it even more convenient for customers to reorder first aid supplies. Also in 2016, Wal-Mart equipped each of its stores, warehouses, offices, and trucks with a first aid kit from Acme United.

The DMT diamond sharpener business grew both in the US and abroad, thanks to new placement at physical and online stores. The goal is to double DMT’s production capacity by late summer 2017. In order to do, new equipment will be purchased and additional personnel will be hired.

Although Acme’s margins are already quite impressive, they are expected to continue to improve in 2017. The US dollar has strengthened against the Chinese yuan, which means that Acme should be able to source its products at a lower cost (about 60% of Acme’s products are manufactured in China). In addition, Acme United continues to drive down raw material costs. And finally, DMT and Spill Magic have higher margins than the Company’s other brands, which overall should have a positive effect.

Excellent Growth by US and European Segments

Exact revenues per segment for 2016 will be available in the 10-K, which will be filed in a few days. However, Acme announced for each segment the percentage by which revenues increased or decreased compared with last year. Based on those numbers, we provided an estimate.

Net sales in Canada for the quarter ended December 31, 2016 increased 12% in both U.S. dollars and local currency compared to the same period in 2015. Despite the soft Canadian economy, net sales for the year ended December 31, 2016 were constant in U.S. dollars and increased 4% in local currency. This was mainly due to growth in the Westcott cutting tools business and expanded distribution of Camillus hunting tools and knives. Further growth is expected in Canada thanks to additional Camillus and Cuda sales.

2017 should be strong in Europe. The team expects to double sales of DMT from approximately $400,000 to $800,000 thanks to growth through Amazon and Camillus customers.

Further Growth in 2017 and Beyond

The Company’s existing brands are performing very well. Based on the feedback that they received at recent trade shows, such as the SHOT Show and Paperworld, this trend is more than likely to continue.

In addition, Acme acquired Spill Magic earlier this month. The Santa Ana, California based manufacturer of cutting edge absorbents, had revenues in 2016 of $6.3 million and EBITDA of approximately $1.4 million, making it accretive from day one.

Moreover, Acme aims to increase sales from its latest acquisition by introducing the products to the Company’s office and industrial customers. Acme is also convinced that there’s a fair amount of cross selling opportunity between its existing first air business and the newly acquired Spill Magic.

In addition, Mr. Johnsen recently said at the Disruptive Growth & Healthcare Conference in New York that he feels that revenues of $160 million for 2018 are very realistic.

A substantial part of Acme’s success is its constant drive for innovation. In general, the markets for knives, scissors, rulers, and sharpeners are relative stable. Acme United though has turned that upside down, as it constantly introduces new products and advances existing designs.

Retailers like to replace older products with new ones on a regular basis, and consumers just love to buy the latest popular items.

The Westcott brand, for example, does an excellent job at following trends for school and office products. A while ago, it spotted the coloring-for-adults craze. Not long thereafter, Westcott developed an iPoint electric pencil sharpener with blades that have a non-stick coating, making them ideal to sharpen color pencils and crayons. 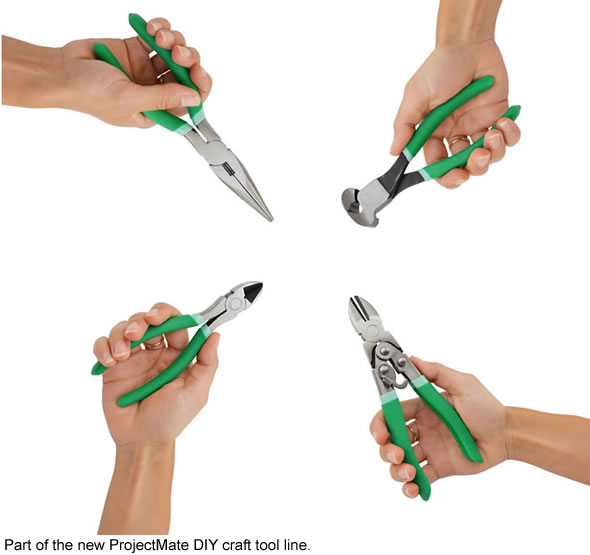 The tools were initially launched at Michaels, and are now being offered to all major chains, as well as online stores.
The tools are made with high-grade steel – similar to a hardware item – giving them a sort of a masculine feel, while the green soft handles give them a feminine touch. An ideal combination for a crafting tool.

During 2016, the Company paid approximately $7.0 million for the acquisition of the assets of DMT, spent $0.9 million on stock repurchases and paid $1.3 million in dividends on its common stock.

2016 was the eighth consecutive year of record performance for Acme United. This strong achievement, along with the solid outlook for its brands, gives the Company confidence that sales and earnings will continue to grow in subsequent years.

All of the Company’s brands are launching new products. Westcott alone launched over 100 new scissors, trimmers, cutters, and pencil sharpeners in 2016. These continue to gain market share and placement.

Also the first aid brands are doing very well. With ever more kits installed, the refill business is becoming more important. In fact, revenues from refills are about equal to those of the actual kits.

Moreover, Acme recently acquired Spill Magic, a leader in absorbents that encapsulate spills into dry powders that can be safely disposed. With revenues in 2016 of $6.3 million and attractive margins, this will become another solid contributor to the Company’s financial results. Buy recommendation.