During 2017, the Company saw strong growth in its first aid and safety business, and it added a new major industrial distributor and a substantial food service distributor to its SmartCompliance customer list for 2018.

The Spill Magic business, which was acquired in 2017, was successfully integrated. Marketing support staff was added and placed the products at major new mass market account, industrial and safety products distributors, online customers, and into the office products market. In Europe, the Spill Magic line was launched under the Easy Absorb brand name. Further growth is expected in 2018.

Distribution was also expanded for the Clauss professional cutting tools and Camillus knives. Moreover, the hunting area gained lots of new business for 2018 under the Camillus brand as well as under a private label program for a large retailer. This will add new revenues in 2018.

Moreover, Cuda fishing tools continued to gain market share, both in the salt and fresh water categories. Additional personnel was hired to help spread the word on the brand online.

Finally, Westcott regained a large pencil sharpener promotion at a major retailer for 2018. This promotion occurred in 2016, but didn’t repeat in 2017, causing total Westcott sales to drop slightly for the year. 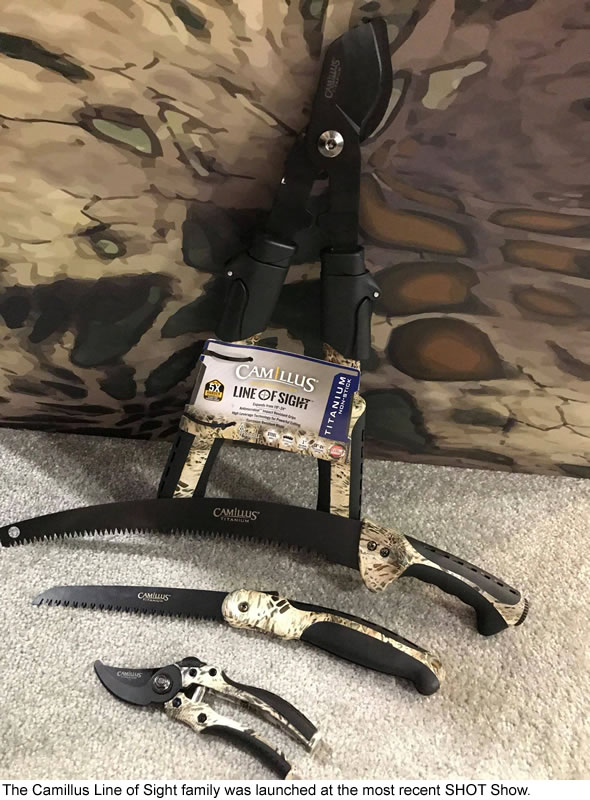 The newly introduced Tax Cuts and Jobs Act under the Trump administration allows US companies a one-time repatriation of untaxed foreign held earnings at a reduced tax rate. Acme United had approximately $9.3 million in cash held offshore at the end of 2017. As a result of the favorable tax treatment of such funds, the Company repatriated approximately $5.8 million so far in 2018.

The repatriated funds were used to partially pay down the Company’s revolving line of credit. Consequently, if Acme finds a new attractive acquisition target, it again can use its line of credit to help take over that business.

In addition, the funds were used to finance the expanded production initiatives at the DMT, Spill Magic, and first aid facilities in the United States. In this case, the Tax Cuts and Jobs Act provides an additional benefit, as the installed machinery is entitled to a “bonus” depreciation of 100% in the first year.

One final, but very important, benefit of the Tax Cuts and Jobs Act is that Acme United as of 2018 will only pay corporate taxes at a rate of approximately 22%, while that would have been around 28% otherwise.

Exact revenues per segment for 2017 will be available in the 10-K, which will be filed in a few days. However, Acme announced for each segment the percentage by which revenues increased or decreased compared with last year. Based on those numbers, we provided the following estimate.

Acme United’s online sales have grown by 100% annually over the past three years. The Company’s management is optimistic that this momentum will continue in 2018.

This growth is achieved thanks to an outstanding product mix, a strong knowledge of how to end up on the first page of search queries, a large majority of positive online reviews, and promotional strategies that help the Company gain market share.

Amazon is quickly becoming Acme United’s biggest customer. The first aid area in particular is showing exceptional strength online. In addition, Westcott, Camillus, Clauss, and DMT sell more products at online retailers such as Amazon and Jet, which is part of Walmart, almost on a month by month basis.

The order and fulfillment patterns for online sales however are profoundly different compared with brick and mortar store sales. With online sales, Acme is receiving orders that closely match the timing of actual purchases by end users, which puts pressure on securing enough inventory without having to air freight it.

Furthermore, the Company incurred additional warehousing and logistics expenses due to the higher number of small packages and frequent shipping.

Measures were taken to improve the speed, accuracy, and cost of deliveries. New software modules were installed to improve the efficiencies of the pick line and the Company began building a mezzanine level to store the high volume products closer to the point of shipping. Acme should benefit from these efforts in 2018.

Acme United’s balance sheet remains robust. The Company’s long-term debt less cash on December 31, 2017 was $37.8 million compared to $27.0 million on December 31, 2016. This was due to the Company paying approximately $7.2 million for Spill Magic, purchasing its First Aid Only manufacturing and distribution facility in Vancouver, WA for $4.0 million and distributing $1.4 million in dividends on its common stock.

At the end of the 2017, Acme had more than $61 million in working capital and an impressive current ratio of 4.65.

Despite overall weakness at many retailers, wholesalers, and superstores, Acme’s revenue continues to grow thanks to impressive online sales growth. Also in 2018, the Company foresees increased online demand. Amazon is now the largest customer in the European segment and the third largest in the U.S.

Because online sales are more difficult to forecast than sales to brick-and-mortar stores, the Company is holding off from giving financial guidance for 2018, until the first quarter earnings report.

All brands are doing well with plenty of new products being introduced at the most recent shows in the United States and Europe.

In addition, thanks to the repatriation of $5.8 million and the Company’s cash flow from operations a new acquisition could happen in 2018. Recommendation BUY.