Growth is expected to come from the Westcott brand thanks to its Office Depot/Office Max scissors account, its iPoint non-stick pencil sharpeners that are benefitting from the coloring-for-adults craze, and several new products that were recently launched.

Both Camillus and Cuda have launched many new tools and are increasing their distribution in the US, Canada and Europe.

First Aid Only has started selling its smart compliance kits to large corporate accounts. This could be one of the big surprises in 2016. (Also read ‘Solid and Diversified Growth Expected in 2016’ below).

And DMT, which was acquired a couple of weeks ago, has already started contributing to Acme’s bottom line.

Even though Acme reached record financials in 2015, they were lower than projected, due to a number of events beyond the Company’s control. For example, Target closed all its stores in Canada, which had a big impact on Acme’s Canadian division.

In addition, many other chains, such as Staples and Office Depot, closed stores in the United States, which resulted in reduced inventory needs because the inventory that was in the closed stores was shifted to ones that were still open.

Moreover, Acme’s Canadian and European divisions were impacted by the strong decline of the Canadian dollar and the euro versus the US dollar.

Both the store closures as well as the appreciation of the US dollar seem to have mostly leveled out, which is positive for 2016.

A final one-time item that impacted earnings negatively in 2015, was expenses of about $400,000 incurred in the 3rd and 4th quarter in relation to the closure of the Pac-Kit manufacturing plant in Norwalk, CT and the subsequent move to the Company’s First Aid Only facilities in Vancouver, Washington.

As such, the lease on the Pac-Kit manufacturing plant hasn’t been renewed. This, along with the plant’s other fixed costs that were eliminated, such as heat and electricity, will result in annual savings of about $500,000. These savings will go straight to Acme’s bottom line.

Exact revenues per segment for 2015 will be available in the 10-K, which will be filed in a few days. However, Acme announced for each segment the percentage by which revenues increased or decreased compared with last year. Based on those numbers, we can provide an estimate.

In the Company’s U.S. segment, net sales for the year ended December 31, 2015 were $96.6 million compared to $91.3 million last year, a 6% increase. For the quarter ended December 31, 2015, net sales decreased 4% compared to the same period in 2014. This decline in the fourth quarter was mainly due to the discontinuation of a line of low margin branded medications, which represented sales of $3.0 million in the fourth quarter of 2014. Excluding the discontinuation of sales of these low-margin over-the-counter medications, net sales decreased 1%.

European net sales for the year ended December 31, 201 increased 7% in local currency but decreased 10% in U.S. dollars compared to last year. The sales increase in Europe for the year was due to market share gains for Westcott school & office products. Net sales in Europe for the three months ended December 31, 2015 decreased 9% in local currency and 21% in U.S. dollars compared to the same period in 2014 period due to a holiday promotion to a mass market customer in the fourth quarter of 2014 that did not repeat in the fourth quarter of 2015. Overall, the European segment was profitable in 2015.

In 2016, the Company expects results in Europe to continue to improve. It will shortly receive its medical certification, which will allow it to import first aid products directly from China. Also, as of January 1, 2016 a price increase was implemented to somewhat make up for the euro’s decline.

Solid and Diversified Growth Expected in 2016

Acme United foresees to increase its revenues by about $10 million in 2016. Growth is expected in all brands.

Westcott, for example, will start to see the full impact of the large Office Depot/Office Max scissors account that it picked up a few months ago. This contract also gives Acme a platform to sell more items into Office Depot, because it has become a more substantial supplier than it was before. 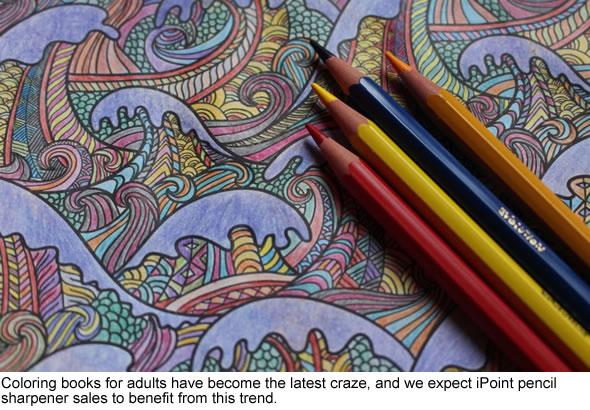 In addition, the new ceramic box cutters are hitting the shelves of large retail chains in the US, Canada and Europe.

Judging from the outstanding response that the new Camillus products received at the recent SHOT Show, they should do very well. And the 6 GOOD Design awards that the Cuda fishing tools received, along with the brand’s expansion into fresh water tools, will give its sales another boost.

Moreover, the First Aid Only (FAO) brand has recently been very successful selling smart compliance kits to large retailers and banks. We heard that test are also ongoing at a major airline to evaluate the kits.

Smart Compliance kits by First Aid Only are ideal for businesses, offices, and work sites. Clearly labeled compartments create a cabinet that is easy to use and restock. And the kits ensure customers to be compliant with safety regulations.

When Acme acquired FAO in 2014, it was already selling these kits to large corporations such as McDonalds. In the meanwhile, Acme has reoriented its sales organization in order to target big national accounts. This allows them to sell a large amount of kits to an entire chain.

Finally, Acme recently acquired DMT, a leader in sharpening tools for knives, scissors, chisels, and other cutting tools. In 2015, DMT had revenues of $5.4 million and EBITDA of approximately $1.0 million.

Chairman and CEO Walter C. Johnsen said, “We believe that we are well-positioned to continue our growth in 2016 and beyond. Most of the impact of weak Canadian and European currencies, which reduced revenues in 2015 by $2.3 million, appears to be behind us. Our recently acquired DMT® sharpener business, which provides world-class sharpening solutions for professional, commercial and individual users, and complements Acme United’s existing brands and products, is already accretive to earnings.”

In addition, it has more approximately $47.7 million in working capital and a solid current ratio of 5.00. The current price to book is 1.28.

2015 was the seventh consecutive year of record performance for Acme United. And we expect the Company to have an excellent 2016.

All the brands are expanding their distribution and launching new products. DMT will immediately be accretive and about $500,000 in annual savings will be generated thanks to the Pac-Kit closure and move to Vancouver, Washington.

In addition, the Company is paying an attractive dividend of 10 cents per quarter, which at today’s share price is equivalent to an annual yield of 2.68%. This is substantially higher than the yield on a 10-year treasury bond and also higher than the 2.22% average dividend yield of S&P 500 stocks. Buy recommendation.