La Lydia is family-owned and was founded over 70 years ago. It currently cultivates about 700 hectares of agricultural land and is a leading milk producer in Costa Rica. Its fruit is exported to many international markets in the American and European continent. In addition, management members of La Lydia also lead one of the largest dairy co-operatives in Central America.

La Lydia has deposited an initial payment for a small 10kW commercial nutraREV machine. The dryer is expected to be delivered early 2016, and will enable product development and small-scale commercial production.

In return, La Lydia has to pay EnWave minimum quarterly royalties, which vary between three and five percent of the wholesale value of each product. 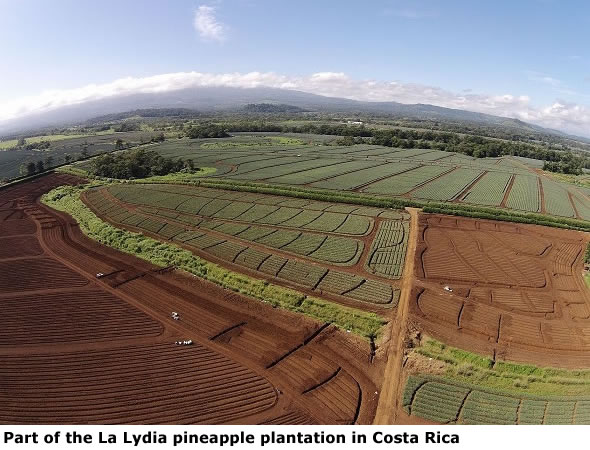 One remarkable fact is that La Lydia only learned about EnWave’s Radiant Energy Vacuum (REV) technology a few months ago. Representatives from the Costa Rican company shortly thereafter flew over to EnWave’s test facility in Ferndale, Washington. The results were so satisfying that La Lydia immediately initiated negotiations for the commercial agreement that was recently signed.

We’re convinced that we’ll start to see these short lead times more often. Companies seeking to commercialize dried fruits, meats, vegetables, or dairy products don’t have to spend years testing if REV actually works and if it’s beneficial. Those tests have already been conducted by other companies in the past. This way, product risk is minimized for new companies wanting to use REV. In addition, the money saved on R&D, can instead be used for marketing and commercialization of the products.

The deal with La Lydia is yet another confirmation that EnWave is becoming an important player in the dried fruits market. Next to fruits, EnWave is also making significant progress in the meats, dairy, and vegetables sectors.

EnWave’s business is clearly picking up speed and it’s not going to slow down any time soon. Because many years of research have already been conducted with REV, food processing companies feel confident to enter into commercial agreements much faster than they used to.

In addition, because of the geographic exclusivity, which EnWave grants with every commercial agreement, potential customers are under pressure to close a deal before a competitor snatches away the rights for a certain country or product.