Analysis of this material also established that the phosphate resource is attractive due to low levels of cadmium. Cadmium is a deleterious element that is commonly encountered in phosphate deposits and it is a known carcinogen that is undesirable in agricultural soils. This distinction alone makes the Chatham Rise phosphates attractive, however the uncertainty of supply and projected increasing demand for phosphates also support moving ahead with undersea mining as an option.

While a Mining Permit has been issued for the property that is valid through to 2033, the Company was denied Marine Consent, in part because the Environmental Protection Authority (EPA) claimed that there was not enough preliminary data available to demonstrate acceptable environmental impacts. Chatham Rock is now engaged to re-submit its application in order to secure full permitting approval that would enable extraction and production to get underway.

New Zealand’s National Institute of Water and Atmospheric Research (NIWA) has announced this week the commencement of an ambitious underwater study with the objective to conduct a series of challenging scientific experiments targeting the seabed of the Chatham Rise project. Among the objectives for this study will be an evaluation of the effects on the surrounding ecosystem that is caused by the sediment plume arising from any disturbance of the seafloor that would result from dredging operations.

Part of this study will therefore release a mechanically-generated plume of sediments to a small area of the seabed, while data will be collected to indicate how this disturbance affects the marine ecosystems of the surrounding seafloor. A high tech array of sampling equipment, and an underwater camera, will contribute additional data. Comparisons may then be made to the unaffected surrounding area and observations may be drawn from any differences following the test program. 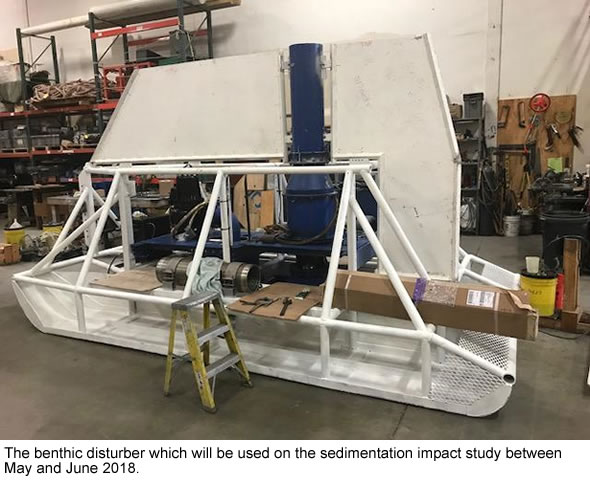 The research funding has been provided by the New Zealand Ministry of Business, Innovation, and Employment (MBIE). This agency is involved to assist with the collection of baseline data that may make a case for minimal environmental impact from the proposed dredging operation, and therefore enhance the prospects for granting of a permit by the Environmental Protection Authority. Given the complexity of the process and the extent of testing underway, the plan again illustrates the importance of the Chatham Rise project.

The study was launched on May 9th and is expected to continue through to June 7th. Thereafter the results of the analysis will be presented in scientific papers which will be available to Chatham Rock to substantiate its application for Marine Consent to an operating permit.

Although theoretical models have already indicated that minimal impacts may be expected due to the commencement of dredging, a positive outcome from this underwater study may be extremely beneficial to counter opposition and secure the permit to proceed. 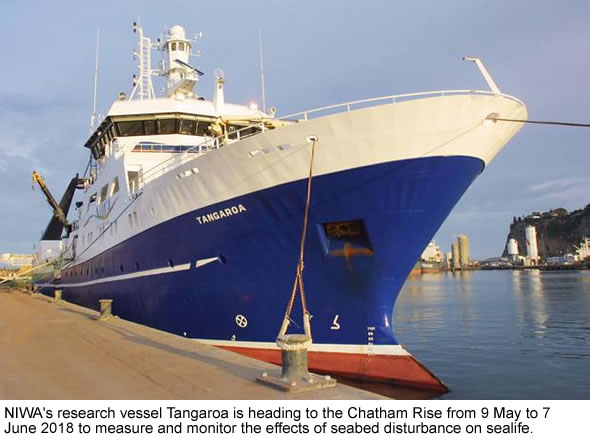 While Chatham Rock is certainly incentivized to pursue development of this high value resource, the Company also takes its obligation to protect the environment very seriously. After all, the need for development of new sources of organic phosphate rock must be balanced with the need to preserve unspoiled ecosystems and a healthy environment.

Chatham Rock has already invested considerable funding towards understanding the environmental impacts arising from the proposed extraction plan. The willingness of the MBIE to underwrite further study of the property area illustrates the importance of the Chatham Rise project, and also contributes towards securing the definitive analysis that may assist in securing the needed permitting approval in order for the project to continue.

Chatham Rock is a beneficiary of this work without having to provide additional funding to advance it. If the Company is able to secure Marine Consent approval, this would represent a major catalyst for increased shareholder value as it effectively removes one of the most significant hurdles in the path towards eventual production for the project. Recommendation: BUY.