Due to lack of funds, very few precious metals projects have been taken into production over the past few years. Goldsource Mines (TSXV: GXS – 0.18 CAD & Frankfurt: G5M – 0.13 EUR) however, will accomplish that feat in 2015 at its Eagle Mountain Gold Project located in Guyana, South America.

The Company raised the necessary capital to complete the Phase I mine and processing plant construction in December last year. Since then, Goldsource has been extremely busy with engineering work, initial mining equipment purchases, pre‐production development and construction of facilities.

In addition, the existing 10 kilometre access road between the Eagle Mountain Gold project and Mahdia town, which connects with the main interior highway and commercial airport, is being rehabilitated. The Mahdia community is also the primary source for skilled workers.

In order to minimize initial capital and project risk, Goldsource is applying a phased-approach model in which the easy accessible near-surface soft weathered rock (gold mineralized saprolite) will be mined first.

This conceptual approach encompasses four phases over four years. Phase I mining rates would be 1,000 tonnes per day (one 12-hour shift, 7-days per week) with low impact and low cost gravity-only processing in year one. Excavators, bulldozers and wheel-loaders will be used to excavate and separate materials within the open cut with downhill gravity transport by slurry to the processing facility. Gold concentrate from the gravity concentrators will be further concentrated using a shaking table and refined on site for production of dore bars.

Upon successful completion of Phase I, the Company plans to systematically install and operate three additional similar plants over a four-year schedule with a cumulative rate of 3,500 to 4,000 tpd. The additional processing plants will be paid for through operating cash flow.

Currently the significant development activities are as follows: 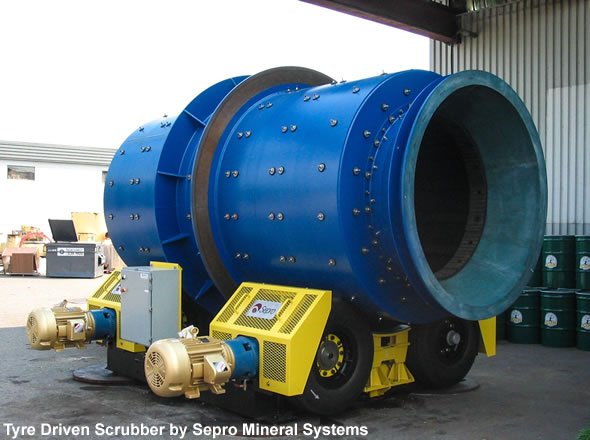 The Phase I development at Eagle Mountain is fully financed, the mine area is fully permitted for operations and mine site preparation and processing plant construction has begun.

Yannis Tsitos, President and Director stated, “The commencement of construction activities at Eagle Mountain is a huge milestone for the Company and we are very excited at the prospect of Goldsource becoming a low cost gold producer in 2015”.

The Phase I development consists of a 1,000 tonnes per day open pit ‑ gravity plant for an eight year mine life with estimated pre-production capital costs of US$5.9 million and expected cash operating costs of US$480 per ounce of gold. The project has attractive valuations. Even at a gold price as low as $1,100 per ounce, it’s expected to remain quite profitable with an IRR of 49%.

We believe the Goldsource stock price will gradually increase as more news is being released of Eagle Mountain moving closer towards production. Buy recommendation.