Global Minerals (CTG – $0.22) received the initial operating permit for mining, milling and concentrate production at its 100%-owned Strieborná high-grade silver/copper/antimony project in Slovakia. The permits allow the Company to complete test mine studies for a full feasibility study and also allow to mine and concentrate up to 85,000 tonnes of ore per year from underground operations.

The permits have been granted after approval of an Environmental Impact Assessment and Plan of Operations reviewed by the appropriate local authorities and made available for public comment.

This is an important achievement for Global and the Strieborná project, as it indicates that government institutions and local people don’t object to the project. In addition, it’s a vote of confidence that the Company can manage the project safely.

In the meantime, miners reached the Strieborna vein and have started work on collecting the 500 tonnes bulk sample of the vein. The Company needs this sample to conduct detailed metallurgical tests. In order to reach the vein, miners had to make a 100 meters long tunnel, starting from the existing underground tunnel at level 6, located approximately 180 meters below surface.

It’s estimated that it will take a couple of weeks to take out the bulk sample. The image below, taken a few days ago of the actual vein, clearly shows massive amounts of tetrahedrite, the sulphide mineralization that contains most of the silver, copper and antimony.

Ongoing metallurgical and engineering studies focus on the downstream processing and recovery of antimony and mercury which are found in the concentrate. Recent bench-scale leach tests indicate that antimony extractions of up to 99%, and mercury extractions of up to 98% can be achieved through leaching. So the mercury, dissolved into solution can be effectively precipitated for safe disposal. And producing antimony as a by-product can have a significant economic benefit.

The process also indicates that virtually all of the silver and copper remained in the residual high grade concentrate for smelting. The studies will continue in order to define and cost-out the most efficient and economic process using these techniques.

Next to the metallurgy tests, Global is evaluating the best way to dispose of its tailings once mining starts. Although, the Company has an agreement to buy a nearby tailings site, it’s engineers are looking at a scheme called cemented backfill. This is a process where the tailings are pumped back from the processing plant to the mine, mixed with cement and then used to fill the mined out veins underground. An advantage of this technique is that the vein can be mined out almost entirely, as opposed to disposing tailings on surface. In such a case, part of the vein needs to stay in place to support the opening created by removing the vein. About 10 to 15 percent more ore can be taken out by using cemented backfill, which obviously improves the project’s economics.

Global continues to move the projects forwards. The permits in hand should give current and potential investors even more confidence in the project. 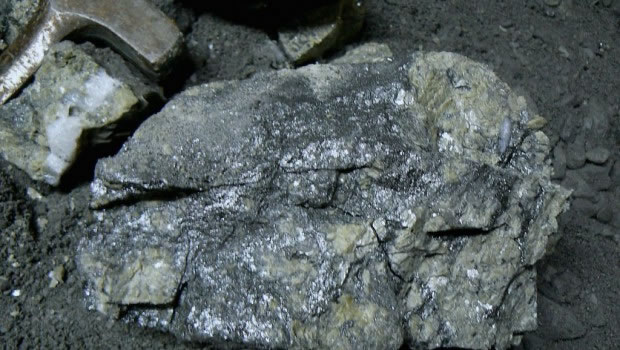