EnWave Corporation (CA:ENW – $1.38 & US:NWVCF – $1.04 & GER:E4U – €0.85) offers industrial-scale dehydration technology for commercial applications in the food, cannabis, and pharmaceutical spaces. The Company’s Radiant Energy Vacuum (“REV”) platforms are becoming the new global dehydration standard, as they are faster and cheaper than freeze drying, and have better end product quality than both air drying and spray drying.

The Company furthermore announced a positive net income for Q4 2018 of $75,000 compared to a net loss of $1.06 million for Q4 2017, an improvement of $1.13 million. Especially NutraDried’s revenue skyrocketed, driven by increased sales and distribution of its Moon Cheese product.

EnWave performed extremely well in fiscal year 2018. Annual sales increased 43% and its balance is very strong. As for 2019, we expect another strong surge in NutraDried sales to at least $25 million, a boost in total royalties to $2.5 million, and some significant machine purchase orders. 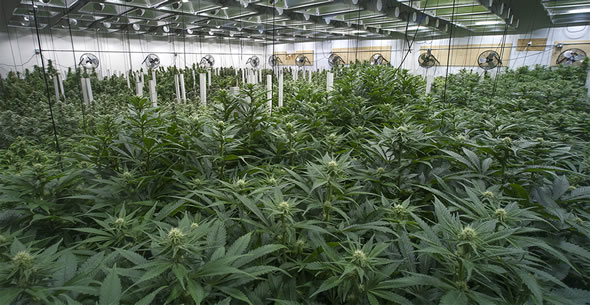 Significant growth is expected for EnWave in the cannabis space in 2019. So far, Tilray has purchased a 10kW REV machine and two 60kW continuous REV machines for the dehydration of cannabis. In addition, The Green Organic Dutchman purchased a commercial 60kW REV machine.

The Company anticipates several long-term projects to convert to commercial licenses as well as additional REV machine capacity to be ordered by existing partners in 2019.

A first order on which the investment community is waiting for is the follow up order from Bonduelle for a large 300kW quantaREV machine.

There may also be some further exciting developments from the US Army Natick Soldier R&D Center (NSRDEC). EnWave and the NSRDEC are conducting a collaborative R&D project for the development of nutrient rich field rations for soldiers. This opportunity for EnWave is enormous, as potentially hundreds of thousands of men and women in active duty could be served REV-dried rations.

More growth is also expected in the cannabis space. So far, Tilray has purchased a 10kW REV machine and two 60kW continuous REV machines for the dehydration of cannabis in Canada and Portugal. In addition, just a few days ago, The Green Organic Dutchman Holdings Ltd. (TGOD) purchased a commercial 60kW REV machine to begin processing cannabis in 2019. With an industry that’s growing very fast and EnWave aiming to become the gold standard in this area, many orders are in the pipeline.

We reiterate our buy recommendation for EnWave Corp. and increase our price target to $3.85, which is 179% above today’s stock price.