EnWave Corp’s (CA:ENW – $1.84 & US:NWVCF – $1.40 & GER:E4U – €1.26) breakthrough partnership agreement with Aurora Cannabis Inc. [TSX: ACB] in April 2019 created a pathway for expansion of REV processing within the cannabis sector. As with many other agreements secured by EnWave, a license was granted to Aurora with exclusivity to operate the REV machines for the production of cannabis in Europe (excluding Portugal), and options to exclusively license REV technology in Australia and South America (excluding Peru) for cannabis manufacturing.

This week, the two partners reported signing an exclusive, royalty-bearing commercial license agreement with sub-licensing rights to use the Company’s REV technology in Australia. At the same time, they announced a royalty-bearing sub-license deal with Cann Group Limited [ASX: CAN].

Cann Group is the most experienced Australian cannabis cultivator, with continuous production underway since 2017. It was also the first company to be issued a Cannabis Research License and Medical Cannabis License, by the Australian Government’s Office of Drug Control. Thereafter, the company was issued a Manufacture License. With these licenses in hand, Cann Group may cultivate, produce and manufacture medicinal cannabis. 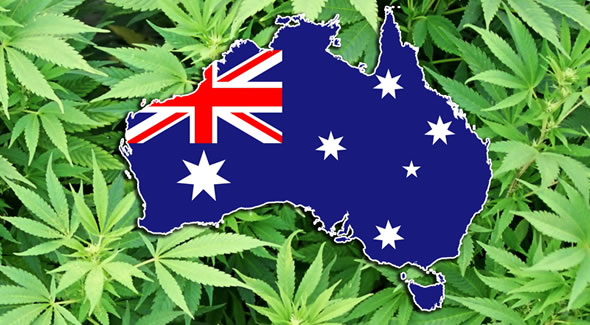 As part of the agreement, Cann Group has purchased a 10kW REV machine. The unit is expected to be installed and operating early in 2020. Commercial production using the technology is expected to commence immediately afterwards. Sales from all cannabis processed with the REV machine will generate royalty payments to EnWave.

Under the terms of the sub-license, Aurora can receive an undisclosed portion of the total royalty income. However, certain minimum machine purchase orders must be achieved in Australia in order for Aurora to qualify for the shared royalty.

The expansion into Australia demonstrates the strength of the partnership with Aurora. The prospect for similar sub-licenses to be arranged in other important markets remains in play. Meanwhile, the successful rollout of REV processing within the cannabis sector gains further momentum as a result of this deal.

Cann Group currently operates a state of the art cultivation center in Australia. An advanced processing center for the manufacture of cannabis-based pharmaceuticals is nearing completion. Cann Group is also involved in clinical trials as part of its research commitment for new drug therapies. This amounts to a head start in the Australian medicinal cannabis market for the company.

Aurora is a minority owner of Cann Group, controlling 22.5% of the partner company. In addition, through its relationship with Aurora, Cann Group is planning for sales growth to supply exports for other worldwide markets. Aurora has also contributed its expertise towards the optimization of the advanced greenhouse cultivation facility operated by Cann Group.

A large component of the record growth achieved by EnWave so far in 2019 is related to sales in the cannabis sector. The strategy to partner with the most influential cannabis companies is gaining traction. Among the largest producers in the entire sector, Aurora has purchased four REV units so far. The purchase of a fifth REV machine is under consideration.

With the sale of this latest 10kW REV unit reported this week, the worldwide network of cannabis processing has expanded into another key hemisphere. Australia is a large and attractive market with a promising outlook. This sub-license holds the potential for significant royalty income to begin shortly. Cann Group is an advanced player in the Australian medicinal cannabis sector with solid growth objectives. As such, the deal may evolve into a significant long term income stream for EnWave.