EnWave Corp’s (TSXV:ENW – $1.19 CAD & OTC:NWVCF – $0.87 USD) efforts to expand in Europe are starting to pay off significantly. Earlier this week, it signed a Technology Evaluation and License Option Agreement (TELOA) with a major dairy processor and a major meat processor, both located in Europe.

Although few details were announced, we understand that the dairy company leased a 10 kW Radiant Energy Vacuum (REV) machine, which will be installed at its facilities in February 2017. Subsequently, the company only has six months to conduct the necessary R&D work. Apparently, the key focus will be on developing healthy dried dairy snacks.

During the six months’ test period the dairy processor has the exclusive option to license the use of REV technology for the production of dairy products within an agreed European territory. When this option is exercised, it may involve the purchase of larger commercial machinery.

It is worth noting that the dairy company already conducted product development trials at EnWave’s facility last September. Therefore, the results must have been satisfying, as the company is now expanding its efforts and budget to do more test work.

Milk plays an important role in Europe as it is produced in every single EU member state. According to information by the European Dairy Association, the dairy industry represents approximately 15% of the turnover for the total food and drink industry in Europe. An impressive number! No surprise that the top-5 European dairy companies are all giant businesses.

Also, the major meat processor obtained an exclusive option to license the use of REV technology for the production of meat snacks within an agreed European territory.

Similar to the dairy processor, this company did some initial test work at EnWave’s facilities a couple of months ago. It will now conduct more product development trials at the same facility in February 2017. After a thorough evaluation of the end products, signing a commercial license may be the next step.

In other news, several organizational changes were announced at NutraDried LLC, the producer of the highly successful Moon Cheese snacks, in which EnWave holds a 51% stake.

Spire Brands, which was hired last year as master distributor of Moon Cheese, was replaced by the non-exclusive distributor Slant Design. NutraDried has already worked extensively with Slant in the past, as it was responsible for the very successful introduction of Moon Cheese at Starbucks. Slant will again take over the existing distribution, which was originally established by the group.

In addition, Dr. Tim Durance, the President and CEO of EnWave, was appointed as the interim CEO of NutraDried.

EnWave’s stock price reacted negatively to the news, but basically it was a very positive event. Although NutraDried continues to be one of EnWave’s biggest success stories, it wasn’t growing as fast anymore as it used to. So, it was a good idea to remediate the situation.

In fact, we see several positive aspects to the reorganization. 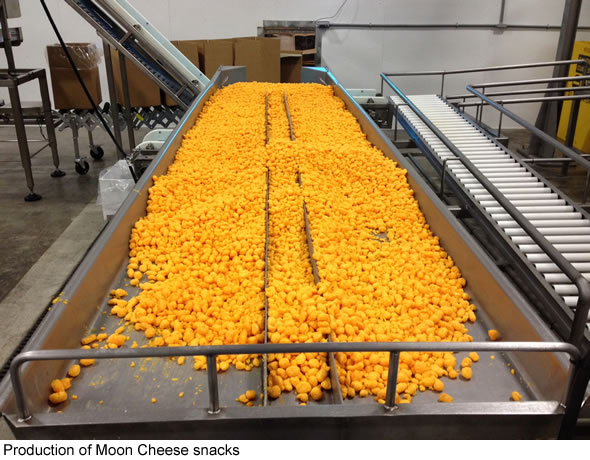 EnWave’s momentum with non-North American companies is clearly improving. The latest TELOAs are proof of the Company’s excellent efforts to expand its revolutionary technology worldwide.

Furthermore, we understand that Ereğli Agrosan, a Turkish company that produces high-value, natural products and derivative products for the food, cosmetic and health sectors, is progressing rapidly. Two 10 kW REV machines are already up and running at the company’s facility.

All these encouraging events will soon positively impact EnWave’s financials. We expect results for EnWave’s fiscal year 2016, which ended September 30, 2016, to be announced shortly. Buy recommendation.