During the recently held annual meeting (AGM), EnWave Corp’s (CA:ENW – $0.75 & US:NWVCF – $0.53 & GER:E4U – €0.51) management mentioned that it is receiving lots of interest from pharmaceutical companies for its REV-dried technology. These enquiries are being handled by EnWave’s partner GEA, with which it recently secured a milestone joint development agreement.

In addition, shareholders also found out at the annual meeting, which was held virtually for the occasion, that the Company expects material progress in 2021 with the US Army. 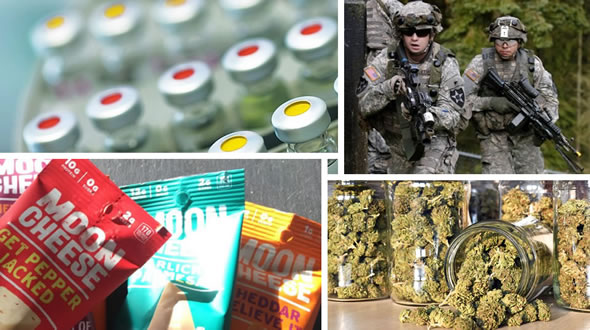 EnWave has many irons in the fire, be it NutraDried, the US Army, or the fact that the Company will soon launch its drying technology into the vast U.S. cannabis market.

The military is focused on reducing the footprint (weight and volume) of what fighters have to carry in the field, as it will not only increase chances of them packing more rations, it will also lessen their fatigue and improve agility and speed.

Therefore, the CCDC has been tasked with the development and procurement of advanced rations on behalf of the US Army. If indeed the collaboration with EnWave achieves a successful outcome, then the technology will be licensed to vendors to enable production of the rations. This will involve the sale of larger commercial REV machines and the potential for high volume production to commence.

It should be highlighted that three-way dialogues are already ongoing between EnWave, the US Military, and approved vendors involved in supplying the military, to consider production of the new REV-dried rations once a final “go” decision has been made.

Finally, participants to the AGM learned that NutraDried is waiting on first orders from approximately 40 new retailers that it attracted in the United States and Canada. Combined, those retailers have about 6,500 points of sale.

In other news, the Company announced that it received no less than nine recent patent approvals from a number of key international patent offices.

The Company has a large amount of additional pending national phase applications that should be approved in the coming months.

Despite the Corona pandemic and resulting lockdown in many countries worldwide, EnWave continues to make progress with new sales leads. We expect to find out more about this is the coming days and weeks.

Moreover, EnWave has many irons in the fire, be it NutraDried, the US Army, or the fact that the Company will soon launch its drying technology into the vast U.S. cannabis market.

EnWave holds numerous patents that protect both its REV technology and specific methods of use. Because the Company’s technology continues to be developed, new innovations are made. This is important, because each time a new patent is granted, the royalty stream timeline extends twenty years from the patent’s filing date.

The decline of EnWave’s stock price – down almost 70% compared to its peak in June last year – is significantly exaggerated. We expect it to come back strong, once Corona is a thing of the past and investors realize that the world hasn’t stopped turning.