News » Dig A Bit Deeper To Find The Wireless Treasure

Dig A Bit Deeper To Find The Wireless Treasure

Wireless Telecom Group, a New Jersey corporation, designs and manufactures radio frequency and microwave-based products for wireless and advanced communications industries and currently markets its products and services worldwide under the Boonton, Microlab and Noisecom brands.

Noisecom is a global provider of electronic noise generation equipment and noise sources in the commercial and military telecommunications fields. Utilized for accurate, reliable measurements, users look to Noisecom for specialized assistance with their equipment design.

Boonton Electronics, is a leader in the manufacture of test equipment dedicated to measuring the power of RF and Microwave systems used in multiple telecommunication markets. A pioneer in the industry, Boonton continues to provide high quality and high value instruments for users backed with outstanding customer support.

Microlab, a wholly owned subsidiary, is a global provider of passive microwave components including power splitters, directional couplers and filters. These products are employed as system components in commercial applications such as wireless base stations for cellular, paging and private communications, in-building wireless signal distribution, television transmitters and aircraft navigation landing systems. Microlab products are also used in military systems such as electronic countermeasures and missile guidance.

The Company has 115 full-time employees, including its officers, 60 of whom are engaged in manufacturing and repair services, 11 in administration and financial control, 21 in engineering and research and development, and 23 in marketing and sales. 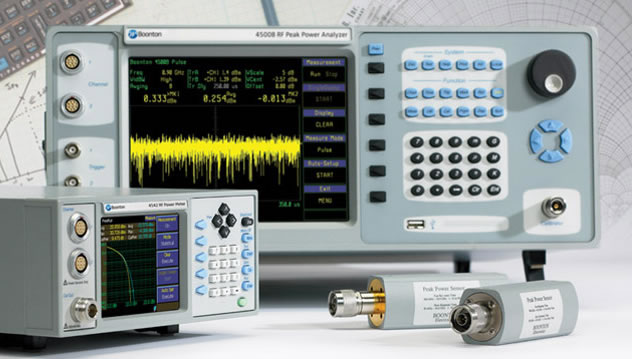 Approximately 86% of the Company’s consolidated sales in fiscal 2013 were derived from commercial customers, while the remaining sales were comprised of sales made to the United States government (particularly the armed forces) and prime defense contractors.

Wireless Telecom’s products are sold globally through its in-house sales people and by over one hundred manufacturers’ representatives and distributors.

So looking at the table above, it’s clear that pre-tax numbers were much better than last year.

Paul Genova, CEO of Wireless Telecom Group, Inc. commented on the results, “We continue to experience strong order flow in our Network Solutions segment and are encouraged by our Test and Measurement customers’ recent order flow in our new USB peak power meter. We remain committed to our ongoing investment in products for the DAS and LTE marketplace which we believe will benefit the Company through increased revenue, earnings and improved cash flow.”

Mr. Genova continued, “In April, we repurchased 4.8M shares from our largest shareholder for $2.00 per share. We believe the stock repurchase represents an attractive use of our capital and reflects our commitment to the enhancement of long-term shareholder value.”

The wireless communications business continues to grow at nice rates. Wireless Telecom is well positioned to benefit from the solid market activity.

The company’s results have shown strong growth during the past few quarters, including several double digit percentage gains in quarterly revenues.