Wintercrest Advisors, a wholly owned subsidiary of Platinum Partners, which is a New York based investment management group with assets under management in excess of US$1 billion, will soon gain control of approximately 29.6% of Azarga Uranium’s (TSX:AZZ – $0.33 CAD & Frankfurt:P8AA – $0.22 EUR) outstanding shares.

Azarga, our favorite uranium related company with projects in the United States (South Dakota, Wyoming and Colorado) and the Kyrgyz Republic, is well on its way to obtain all necessary permits for its flagship property Dewey Burdock.

The Company is confident that it will resolve the outstanding contentions on its Nuclear Regulatory Commission (NRC) license and that it will complete the Environmental Protection Agency (EPA) and South Dakota state permitting requirements through 2016 and 2017 in order to have the project ready for construction in the second half of 2017.

In addition, Azarga has embarked on a process to consider project financing options for the Dewey Burdock Project, with a view to having a funding solution in place concurrent with the finalization of permits.

Azarga’s former largest shareholder, Powerlite Ventures Limited, struggled to pay back a loan facility to Wintercrest Advisors. To resolve the issue, both parties agreed that part of the loan shall be settled by transferring 18,053,810 shares of Azarga to Wintercrest.

This is very positive news for Azarga as the Company is gaining a very strong financial partner and an experienced provider of growth capital, which obviously may come in very handy when capital needs to be raised to bring Dewey Burdock into production.

Although the uranium spot price continues to languish, lots of developments are taking place that will have a positive long term influence on the atomic fuel. Consequently, prices for the metal are bound to increase, which is excellent for the Azarga’s valuation. 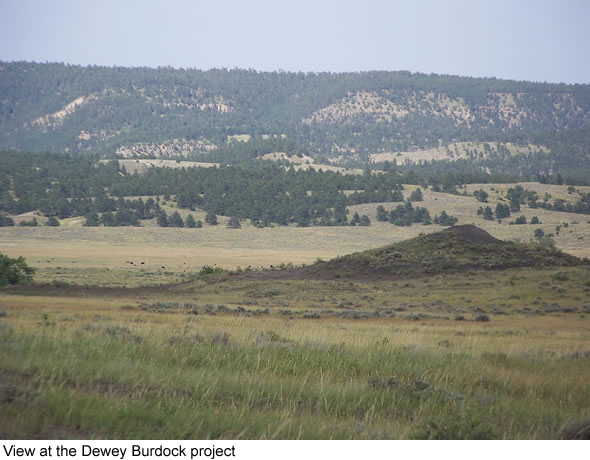 As countries worldwide are looking to cut their CO2 emissions, building more nuclear power plants is not only a trend in the developing world. In Finland, for example, a Finnish utility has applied for an operating license for the Olkiluoto Unit 3. The project is moving from installations to tests and the plant is now on track to start production in late 2018.

In addition, countries that eliminated or reduced their nuclear reliance are switching back to nuclear. After the Fukushima accident in 2011, Japan shut down all of its 54 nuclear reactors. Under Japan’s reactor restart process, 4 plants have already been approved for restart. And last week, Japan’s nuclear regulator gave the Ikata 3 unit its third and final approval. The unit is expected to become the fifth Japanese reactor to resume operation. The regulator also confirmed that Takahama units 1 and 2 meet new safety standards. Consequently, they could be next to restart operations.

Azarga Uranium is in the process of completing the major regulatory permit approvals necessary for operation of the Dewey Burdock Project, including those from the Environmental Protection Agency and the South Dakota Department of Natural Resources.

Dewey Burdock is one of the most attractive undeveloped uranium deposits in the world in terms of its low initial capital expenditure and post start-up operating costs.

In addition, the Company will have a major shareholder that has plenty of experience with financing large projects.

Moreover, the macro economically things are looking up for uranium prices. As more plants are brought online, demand for uranium will inevitably surge. Increasing the value of Azarga and its properties. Buy recommendation.