News » All Time Sales and Earnings Record for Acme United

All Time Sales and Earnings Record for Acme United 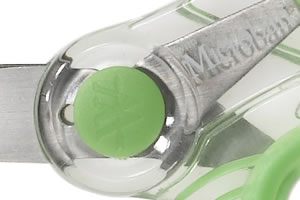 The new Westcott x-ray scissors will soon be available chain wide in a number of retailers, as well as in Europe.

Looking ahead, the second half of 2013 looks to be very promising as well because many new products are set to enter stores. The Westcott ‘X-Ray’ scissors, for example, will be available chain wide in a number of the retailers very shortly, as well as in Europe. They have an acrylic handle that’s clear and are accented with comfortable TPR rubber. Also several new Camillus knives will hit the shelves later this year.

Moreover, the first sales of two new lines of gardening tools branded ‘Scotts’ and ‘Miracle-Gro’ may be recorded in the fourth quarter. Judging by the number of questions that Mr. Johnsen, Acme’s Chairman and CEO, received about this topic during the second quarter conference call, it’s clear that the Scotts deal is getting a lot of attention from investors

Strong US Segment, Europe Making Up for Schlecker Loss

Acme United reports financial information on three separate business segments: the United States (including Asia), Canada and Europe. During the second quarter of 2013, net sales increased 5% in the U.S. segment compared to the same period in 2012. This was mainly thanks to increased back to school sales and additional sales resulting from the acquisition of the C-Thru Ruler Company in June 2012.

Although Acme United’s sales traditionally peak in the second quarter due to the seasonal nature of the back-to-school market, the other quarters are showing additional growth opportunities outside the school and office markets.

For example, the lawn and gardening tools in partnership with ScottsMiracle-Gro are typical fourth and first quarter products as they have to be on the shelves early spring. Similar with the Clauss non-stick putty knives, which are being tested at a major retailer. This is an all year round product, but it certainly has to be available in the spring when the renovation and remodeling season commences.

Also the increased business in Europe in the mass market channel at Lidl, Aldi, Rewe and Norma are more evenly spread over the entire year.

For fiscal year 2013, Acme’s sales guidance remains between $90 and $95 million. Also its earnings per share guidance is unchanged between $1.20 and $1.25. Mr. Johnsen did indicate in our recent audio interview that achieving the higher end of the guidance will depend in part on achieving additional sales with mass market customers.

Acme United had a very strong second quarter, especially because it was achieved in a soft office market where retailers saw their sales decrease by 3 to 6 percent. Additionally, all of the Company’s brands grew and contributed to this nice results.

We expect more solid results for the remainder of the year. Many new products will enter the market during the coming months and if Acme can place the Clauss putty knives and Scotts gardening tools at a couple of chains, it will give an extra boost to results.