The NSC Congress & Expo is Acme’s biggest marketing event of the year in the first aid category. As such, it gives a good indication of the outlook for the industry and Acme’s first aid and safety brands.

The show was a true success for the Company. It had a 20×20 booth, which was packed with the largest number of new products in many years from the First Aid Only, PhysiciansCare, and Spill Magic brands. Also, a wide range of American Red Cross licensed items were shown to the public.

Consequently, the booth attracted lots of quality traffic, such as safety managers, distributors, and buyers from major customers. A clear indication that first aid continues to grow at Acme United. 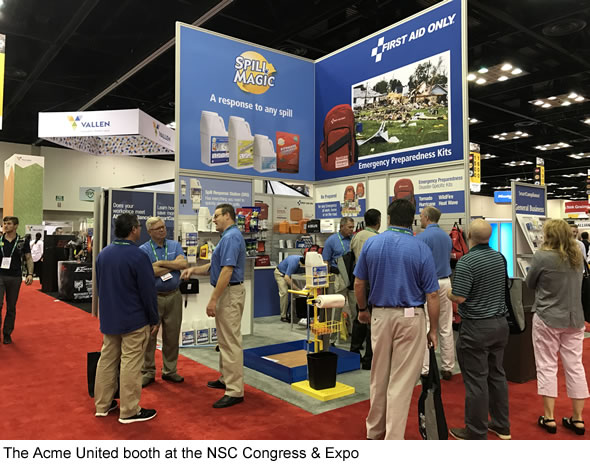 Highlights of the Show

The innovative design of the SmartCompliance first aid cabinet eliminates disorganized and missing supplies often seen within traditional first aid cabinets. As first aid products are used, the SmartTab ezRefill reminders notify a user when it’s time to reorder so that supplies never run out when it matters most.

The SmartCompliance cabinets are very successful. In 2016, First Aid Only received an order for 40,000 kits from a mass merchandiser. They were installed in the chain’s stores and warehouses. More recently, Saudi Airlines, food chains, large manufacturers and banks were landed as new customers. To give an idea, one such order can be worth several hundreds of thousands of dollars.

At the NSC show, the new SmartCompliance Complete Cabinet was shown to the public for the first time. It will be available for purchase in the second quarter of 2018. 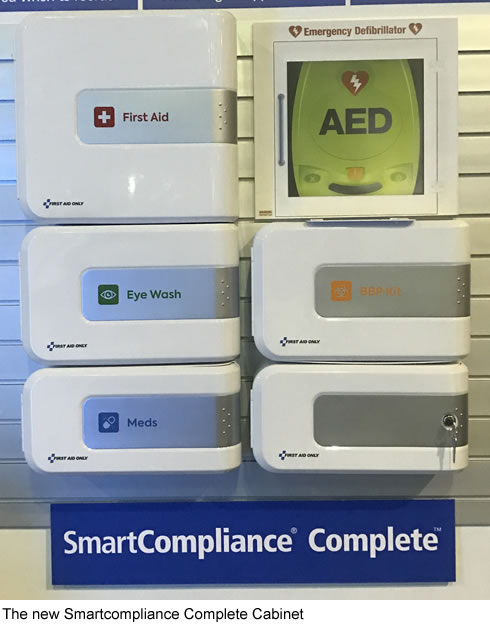 The First Aid Only SafetyHub app, which is available for both Apple and Android, was released in July 2017. It provides a platform to manage and refill First Aid Only SmartCompliance cabinets. Users can search and scan barcodes on individual first aid products, as well as place requisitions for ANSI & OSHA compliant first aid kits. This application allows requisitions to be saved, placed, or tracked from a mobile device or tablet. Features such as the “Physical Inventory Count” keeps users aware of which products to reorder and when to do so through inventory reminders.

New first aid cabinets can be registered through the app, and can be assigned to, and managed by, multiple users. This application makes the reorder process faster and more efficient so that users remain ANSI & OSHA compliant.

Initial users are very satisfied with the app. Also at the NSC event, many visitors were interested in the app, as it helps them manage their first aid requirements.

In addition, First Aid Only launched a new disaster preparedness line with focus on five key emergencies: hurricane, tornado, blizzard, wildfire, and heatwave. Because disasters and accidents happen suddenly and without warning, First Aid Only now has a full range of first aid and survival kits that are tailor-made for different types of emergencies.

Moreover, in partnership with the American Red Cross the brand also is launching several emergency preparedness kits. Although First Aid Only has had the American Red Cross license for a while, it is now really focusing to make its share of sales bigger. This should be feasible, after all, the “red cross” is one of the most recognized and well-trusted logos in the world. 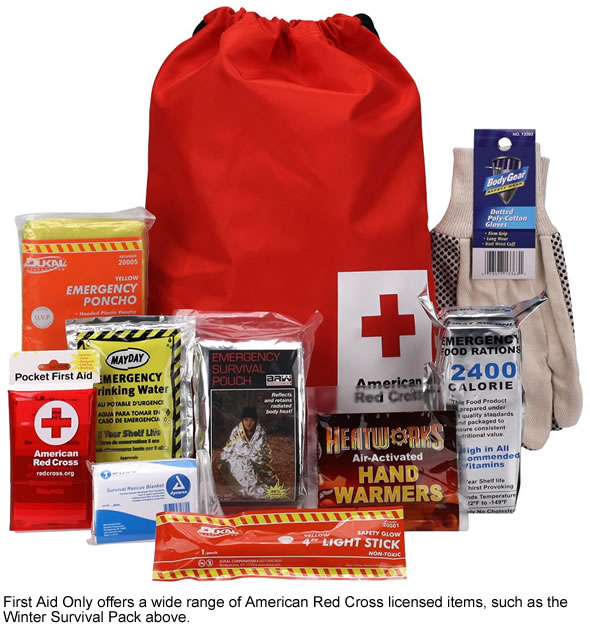 Finally, the Spill Magic absorbents were shown for the first time at a major show since Acme United acquired the brand in February 2017. One of Spill Magic’s best selling products remains its Spill Response System. It is used thousands of times every day in grocery, retail, big box, and countless other retail stores to prevent slip & fall accidents.

Next to its regular absorbent, Spill Magic recently started offering a wider variety of spill removers. For example, it offers the Biohazard Cleanup Kit, which is an OSHA compliant solution to safely remove blood and bodily fluid spills. The Company landed a substantial contract to supply these kits to a major retailer.

Spill Magic also developed the Hazmat Cleanup Kit, which is a completely customizable kit to safely remove hazardous liquid spills. And also the Acid Absorbent Neutralizer, which is a lightweight high performance absorbent that provides quicker and safer response to acid spills.

We understand that Acme United will have a 20×30 booth at next year’s NSC conference (50% larger than this year’s), as it aims for further growth and even more product introductions in 2018.

Thanks to the successful NSC show, distribution of Acme’s first aid products is again expected to expand at industrial and office distributors, retailers, and online. Recommendation BUY.