News » Acme United Starts Off Year With a Bang

Acme United Starts Off Year With a Bang

Acme United (ACU – $17.50), the worldwide supplier of cutting devices, measuring instruments and first-aid products for school, home, office, industrial and hardware use, began the year very strong, posting an 11% increase in revenues and even a 30% rise in net income. Both revenues and earnings set a new first quarter record.

Westcott scissors and iPoint pencil sharpener sales achieved outstanding sales numbers. And DMT, a leader in sharpening tools for knives, scissors, chisels, and other cutting tools, which was acquired by Acme in February of 2016, contributed about $1 million in sales.

Also the first aid business has laid the groundwork in the first quarter for a strong 2016. The First Aid Only brand recently received an order for 40,000 SmartCompliance kits from a major retailer in the United States. The kits will be installed in the chain’s stores, trucks and warehouses. Tests with SmartCompliance kits are ongoing at other large US corporations, such as airlines, food chains, large manufacturers and banks.

Moreover, a significant order for hurricane preparedness first aid kits is being shipped to another large retailer.

During the conference call, following the release of the first quarter financials, Walter C. Johnsen, Acme’s Chairman and CEO re-affirmed the guidance previously provided for 2016 of approximately $120.0 million in revenues, $5.6 million in net income, and $1.47 earnings per share.

We believe however, that if the substantial momentum of the first quarter can be sustained in the second one, guidance for 2016 will be increased.

Although most brands reported higher revenues during the quarter compared with last year, sales for Clauss, Cuda, and Camillus were lower due to timing in shipment. Consequently, this group has a strong backlog for deliveries in the current quarter.

Gross margins were 36.3% in the first quarter of 2016 versus 36.9% in the comparable period last year. The lower gross margin was primarily due to product mix.

Mr. Johnsen commented, “We are pleased to report another quarter of record performance. We delivered strong results in our Westcott family of cutting tools and our first aid business. Our Canadian business executed well, and rebounded from last year with sales to new retail customers and market share gains in the office channel. We are integrating the new DMT acquisition ahead of plan and have added new distribution in the U.S. and Europe. We believe we have a solid book of new business for the remainder of the year.”

Solid Growth Expected in All Segments

Exact revenues per segment for the first quarter of 2016 will be available in the 10-Q, which will be filed mid-May. However, Acme announced for each segment the percentage by which revenues increased or decreased compared with last year. Based on those numbers, it’s possible to provide an estimate.

Net sales for the first quarter of 2016 in the U.S. segment increased 12% compared to the same period in 2015 due to strong sales of Westcott school and office products, increased distribution of first aid products and the sale of DMT products.

Net sales in Canada in the first quarter of 2016 increased 22% in local currency, and 12% in U.S. dollars compared to the same period in 2015 primarily due to the introduction of the Cuda line of fishing tools and an improvement in the office products market in Canada. The Company believes that this growth can be sustained in 2016, as the Canadian economy seems to recuperate somewhat. In addition, the Cuda fishing tools brand is getting more orders and placement at retail and sporting goods chains. And the DMT business will also contribute nicely to the Canadian segment’s results.

European net sales in the first quarter of 2016 decreased 4% in local currency and 6% in U.S. dollars compared to the first quarter of 2015 mainly due to the timing of shipments into the office products channel. A record year is expected in Europe due to a number of reasons. First, Cuda and Camillus knives are both increasing their distribution and sales. Also, Acme Europe received its medical certification, which allows it to import first aid products directly from China. And finally, DMT is expected to add about $800,000 to sales.

Although the first quarter already showed significant strength, more growth is expected in 2016.

The new Westcott ceramic box cutters, for example, are hitting the shelves of large retail chains in the US, Canada and Europe. They feature rugged ceramic blades that are much safer than traditional metal cutters. They will start to impact sales as of the current quarter. 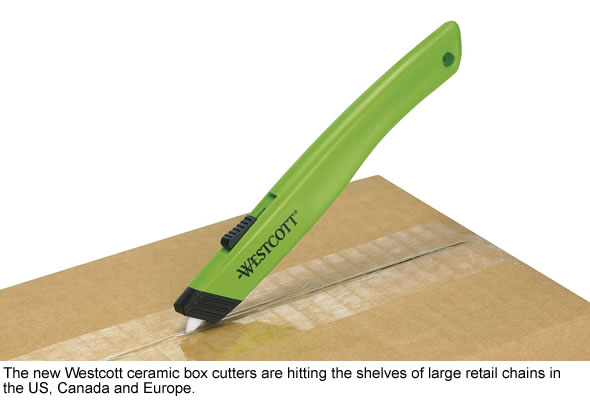 The Westcott scissors business continues to become stronger. In fact, Mr. Johnsen mentioned during the conference call that a large retailer tried a different scissors supplier a few months ago, and now has returned to Acme because sales of the other brand were disappointing. A true validation of the Westcott scissors brand.

Also the new iPoint non-stick pencil sharpener should do well. Coloring books for adults have become popular, and we expect pencil sharpener sales to benefit from this trend. The product is traditionally also a big hit during Acme’s second and third quarter, the back-to-school season.

The Cuda line of fishing tools continues to gain market share in the US, Canada and Europe. Also the Clauss and Camillus brands are poised to achieve record sales in 2016, as they’ve gained new business at mass market retailers and sporting good chains.

Moreover, at DMT new accounts worth around $1 million have already been added since the sharpening products manufacturer was acquired two and a half months ago. A large retailer reviewed its sharpener business and ordered $500,000 worth of products. Another large chain, which was an existing DMT customer, doubled its regular order.

While DMT has only been a part of Acme United for a couple of months, plenty of synergies have already been discovered. For instance, existing Acme customers are very interested in DMT products for sports & hunting purposes. In fact, the famous DMT polka dot sharpener has won seven Knife Accessory of the Year awards from Blade Magazine. Also, there are lots of opportunities for DMT in the kitchen area. As a result, Acme will immediately start to pursue new customers in those areas.

And it works the other way around as well. DMT has plenty of customers in the industrial area where Acme’s sales are soft. Consequently, Camillus knives and Clauss industrial tools, such as scissors and cutters, should fit ideally in the DMT customers’ range of products. 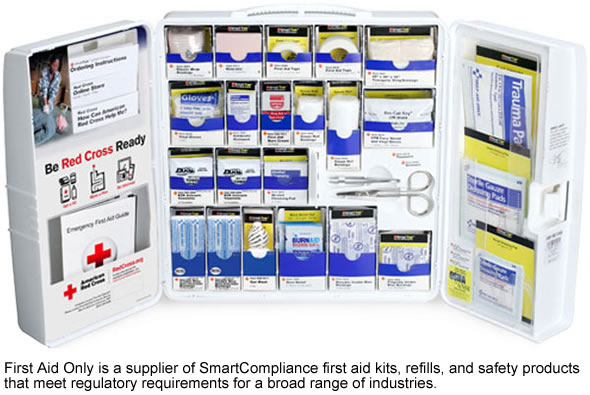 And finally, one or more of the ongoing evaluations with SmartCompliance kits could result in actual orders. One such order is potentially worth several hundreds of thousands of dollars.

During the twelve months period ended March 31, 2016, the Company paid approximately $7 million for the acquisition of the assets of DMT. Money well spent knowing that DMT is a solid contributor to sales and earnings, and that Acme borrows money at an interest rate of LIBOR plus 1.75%.

In addition, the Company paid $1.3 million in dividends on its common stock and spent $1.5 million on stock re-purchases.

During the twelve month period, the Company also generated $2.2 million in cash flow from operations.

In addition, it has more than $51.7 million in working capital and a current ratio of 6.67.

Acme started off the year in an impressive way. If this performance can be sustained, the Company will have an excellent year. The current quarter is Acme’s most important one due to back-to-school orders.

So in about three months we should have a much clearer picture of what 2016 will look like. Judging from management’s optimism during yesterday’s conference call, we presume that the 2016 guidance could be increased at that moment.