Acme United (US:ACU – $42.30), the leading consumer products company with a focus on first aid and safety products, as well as cutting solutions, for commercial and industrial markets worldwide reported record sales and earnings for its second quarter ended June 30, 2021.

Remember that on June 9, 2021 the Company’s PPP loan of $3.5 million was fully forgiven by the Small Business Administration (SBA), and that amount was remitted by the SBA to the company’s lender, HSBC Bank USA, NA. As a result, net income for the second quarter including the loan forgiveness was $7.2 million, or $1.82 per diluted share. 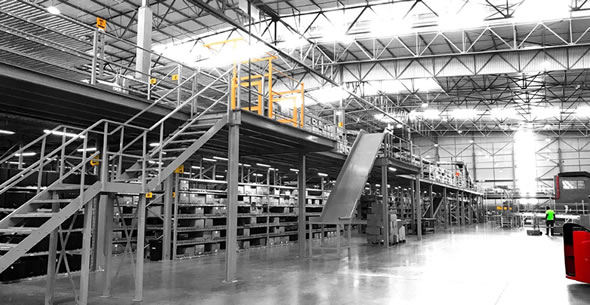 The new warehouse management system, which was installed at Acme’s largest distribution center in the United States, has truly prepared the Company for rapid shipping, which is crucial with ever increasing online sales. (Picture shown is for illustration purpose only)

Despite achieving record financials in the second quarter, results could have been even stronger. Especially the installation of a new warehouse management system in Acme’s largest distribution center in the United States impacted results negatively. Previously, the Company had an older management system in place, which wasn’t up-to-date anymore. The new system has truly prepared the Company for rapid shipping, which is crucial with ever increasing online sales.

As the new software was being installed however, nothing was shipped during ten days out of the Rocky Mount, North Carolina warehouse. In addition, after the system was online, the Company wasn’t able to hire enough new personnel for the warehouse. As a result, unshipped orders at the end of June reached approximately $5 million, while in normal circumstances this would only have been about $1 million.

Meanwhile, Acme has hired ten additional people in the North Carolina distribution site and shipping has returned to more normal levels so that the backorders can be addressed.

So while this was a painful event during the second quarter, the customer service levels and fill rates are now much higher and the backorders will be shipped and added to the third quarter sales.

Exact revenues per segment for the second quarter of 2021 will be available in the Company’s 10-Q, which will be filed mid-August. However, Acme announced for each segment the percentage by which revenues increased or decreased compared with last year. Based on those numbers, we provide the following estimate.

Net sales in the U.S. segment decreased 4% in the second quarter due to delays caused by the implementation of the new warehouse management system. Sales increased 6% for the 6 months ended June 30, mainly due to market share gains in first aid and safety products.

Also note that the Company’s Paycheck Protection Program loan of $3.5 million was forgiven during the quarter and added to the net income. In addition, the second quarter tax expense included a $0.9 million tax credit for stock-based compensation.

At the end of the second quarter of 2021, Acme had over $70 million in working capital and a solid current ratio of 4.61.

Although Acme United didn’t provide any guidance, new orders stay strong and it anticipates a strong performance for the full year. Moreover, the Company continues to seek acquisitions that expand its product line and customer reach.

The new system at the Rocky Mount warehouse will increase the productivity and the customer service dramatically. In addition, the capacity expansion at the sharpening tools manufacturer DMT was recently completed. The latest expansion has already had a positive impact on sales growth this year, and Acme is now positioned to expand DMT sales in the e-commerce market in the United States and in industrial accounts in Europe.

Finally, Acme continues to invest in new equipment at Med-Nap, which it acquired in December 2020. As a reminder, Med-Nap is 1 of the few manufacturers of alcohol wipes and antiseptic pads in the United States. The Med-Nap business will have three new lines in operation by the end of August, and the Company will then be positioned to fulfill new supply agreements as they develop. Smallcaps Recommendation: BUY.