Acme United (US:ACU – $29.37) has ended the year, as it began, with an acquisition. In January, the Company acquired First Aid Central (FAC), a Canadian manufacturer of first aid kits and safety supplies. Meanwhile, FAC has proven its value, as it contributed approximately $3.3 million in sales in 2020 so far and truly has the potential to become a major supplier of first aid products in Canada.

This week, Acme acquired the assets of Med-Nap LLC., a Brooksville, Florida based manufacturer of alcohol prep pads, alcohol wipes, benzalkonium chloride wipes (BZK), antiseptic wipes, and other first aid products. Although the purchase price was not disclosed, Acme did mention that it expects Med-Nap to be immediately accretive. For 2020, Med-Nap is estimated to reach revenues of $4.9 million and EBITDA of $1.0 million. The existing management of Med-Nap has agreed to remain on board. 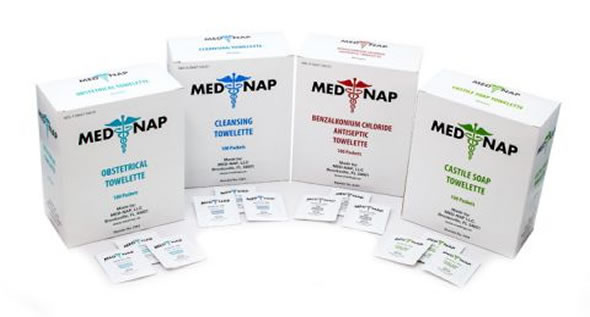 Med-Nap was founded in 2007 and currently employs 25 people.

What makes this acquisition for Acme even more interesting is that Med-Nap has an FDA-registered manufacturing facility where it produces all of its products. In fact, there are only a handful of companies that manufacture these types of products in the United States. This gives Acme two major advantages. First, it doesn’t have to import these products anymore from China. With the emphasis on sourcing local getting stronger, this is important. Second, having such a manufacturing facility at its disposal gives Acme the ability to manufacture all kinds of other tear-open packaging products, such as burn cream, etc.

Med-Nap sold its products directly to first aid suppliers and major retailers. They did so under private label and Med-Nap brands. Nothing will change about this strategy, except that products will also be manufactured under the First Aid Only brand to include in first aid kits. Moreover, because the current demand for Med-Nap’s products is so strong, Acme will immediately add machinery to increase the production capacity.

Walter C. Johnsen, Chairman and CEO of Acme United, was quoted saying, “The acquisition of Med-Nap’s business provides our company with an FDA-registered manufacturing facility in the U.S. for antiseptic wipes and pads that are used in all our first aid kits and refills. In addition, it adds new product lines of alcohol wipes that are sold to the retail, industrial, and medical markets to meet cleaning and sterilization needs now and post pandemic. We look forward to expanding production to fulfill current requirements as well as that of future new products and customers.”

Although 40 percent of Acme’s products are still sourced from China, domestic manufacturing is gaining importance. Since 2011, the Company has purchased no less than five US based manufacturers.

In 2011, Acme acquired Pac-Kit Safety Equipment Company in Norwalk, Connecticut. In 2014, it purchased First Aid Only in Vancouver, Washington. In 2016, the Company bought Diamond Machining Technology (DMT), which is located in Marlborough, Massachusetts. Early 2017, Spill Magic was acquired, which has facilities in Santa Ana, California and Smyrna, TN. And now, Acme bought its fifth US manufacturing plant. This way, the Company strategically diversifies its portfolio of sourcing, while reducing its reliance on China.

With the acquisition of Med-Nap, Acme United has again expanded its portfolio of smaller companies that can be easily integrated. The way to success is relatively comparable with each acquisition, the Company adds manpower and resources where necessary, introduces the new products to its existing clients worldwide, expands production, and puts its skilled marketing and sales teams to work. We’re convinced that also in Med-Nap’s case, Acme will be able to grow the business swiftly. Smallcaps Recommendation: BUY.