The entire medical world and health care sector once again met in Düsseldorf, Germany. With a record participation of 5,500 exhibitors from 69 countries, and visitors from 170 countries, MEDICA rightfully earns the title of world’s largest and leading medical trade fair.

In parallel to MEDICA, COMPAMED took place at the same location with around 800 exhibitors. COMPAMED is a supplier trade fair for the medical industry and has become the international leading event in its segment.

Knowing that first aid generates about half of Acme United’s (US:ACU – $22.19) total revenues, it was logical that representatives from both its US head office, as well as its European division visited the fairs. After all, there’s no better place to find alternative suppliers for items and components that go into first aid kits than at MEDICA. 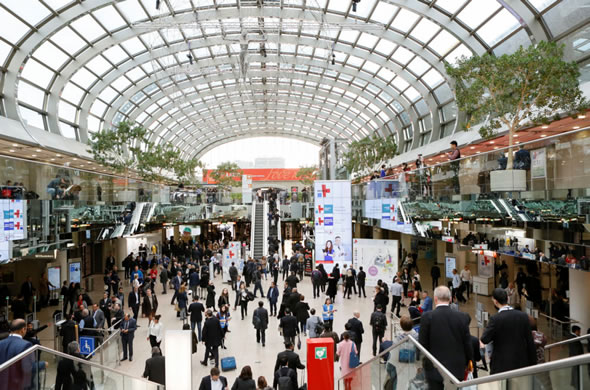 In the United States, net sales for the three months ended September 30, 2019 increased 6% compared to the same period in 2018. Especially sales of first aid and safety products contributed to this strong result. Moreover, judging by the enthusiasm that Acme saw for its latest innovations in first aid at the NSC Congress, it looks like the trend of rising sales is bound to continue.

In Europe, net sales for the three months ended September 30, 2019 increased 15% in U.S. dollars and 21% in local currency compared to the same 2018 period. Also in this case, sales in the first aid segment grew considerably thanks new online initiatives.

Acme United also recently announced that its Board of Directors approved a new stock repurchase program of up to 200,000 shares. The Company’s repurchases may be affected from time to time through solicited or unsolicited transactions in the open market or in privately negotiated transactions.

Walter C. Johnsen, Chairman and CEO, said, “Acme United has generated over $14 million in free cash flow during the twelve months ended September 30, 2019. We are generating strong earnings and have been continuing to reduce our debt. Our goal is to be positioned for growth and acquisition opportunities as well as for appropriate stock repurchases and quarterly dividends.”

With only 3.35 million shares outstanding, this number represents close to 6% of Acme’s total share count. So this program could have a meaningful impact when activated.

Changes in the economy, demographics, work environments, technology and job structures are creating new safety challenges and bring with them new workplace risks. So it is imperative that companies large and small keep focusing on safety at work.

As a result, the first aid segment continues to grow at Acme United. Especially the SmartCompliance cabinets are gaining traction thanks to their convenient automatic replenishment system. Every time the Company places a new SmartCompliance unit, the SafetyHub app is capturing an increasing percentage of the refill business. Smallcaps Recommendation: BUY.